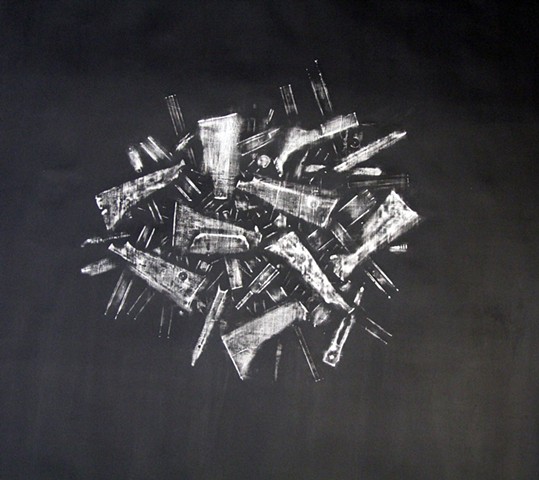 In considering the history and provenance of these specific objects, this work pursues an interest in the question of how knowledge is gained, seeking to reveal a distinction between empirical knowledge and the imagination. Encountering the dismembered objects of imagined violence prompted me to investigate ways in which I could further dissolve and reduce the solidity of these items. I was interested in transforming the once severe objects into translucent forms through a process that records proximity to an object yet relies on tactile rather than visual knowledge.

This work was made for the exhibition Of Spears and Pruning Hooks II in which artists were asked to make a work using weapons seized by the Western Australian Police during routine duties as well as those collected during scheduled weapon amnesties.