This artwork was commissioned by the City of Canning to commemorate the centenary of the 1915 Anzac landing. The Art Consultant was Helen Curtis, and the architect Coniglio Ainsworth.

The objective of the artwork project was to create an integrated and interpretive public artwork memorialising Australian war efforts. This project utilised a 1915 map of Anzac Cove to form both a physical and conceptual foundation for the Canning War Memorial site. The topographic map contained detailed information that reveals the physical and emotional terrain of Anzac Cove. The core feature drawn from the map is the line that delineates the Australian and New Zealand front-line trenches running north/south, which aligns with the physical orientation of the Memorial Path at the City of Canning site. A representation of the drawn trench line from the map is translated into 100 granite stones inlaid into the path; one for each year since the landing, thus marking the Anzac centenary. There are words - also from the 1915 map - sandblasted into each of the 100 granite inlays. The selected words point to different aspects of the site, for example Turkish place names such as Aghyl Dere coexist with names such as Tasmania Post, and similarly place names such as Snipers Ridge, Shrapnel Valley and Dead Man’s Field reflect the reality of the conflict that occurred at Anzac Cove. Between the Memorial Path and the lake is a wall that contains a Wish for Peace. Written by Western Australian author David Whish-Wilson, the single line of text asks us to reflect on the reality of war and the wish for peace. It is intended to be quiet and powerful. Polished granite, the main material for the artwork components, provides a reflective surface in which the existing landscape as well as the viewer is reflected. 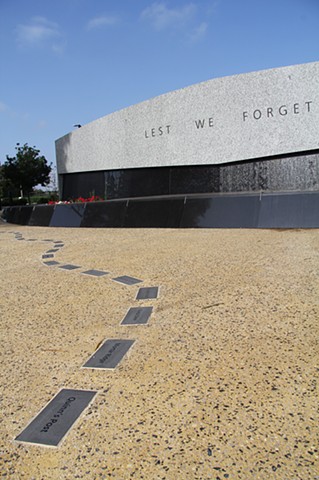 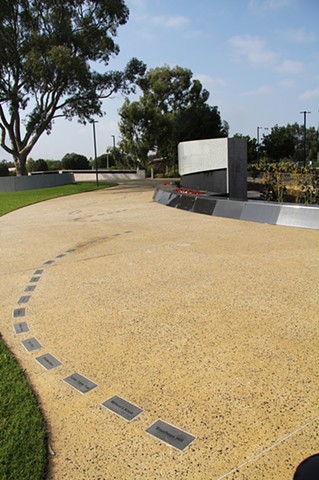 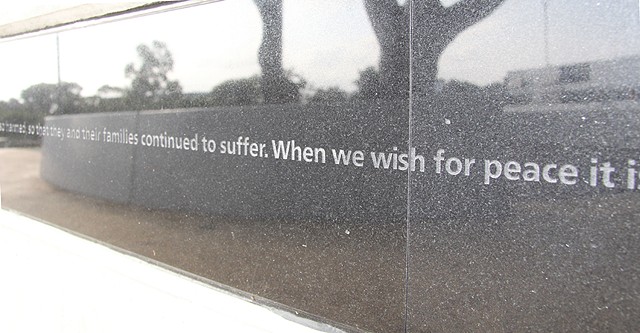 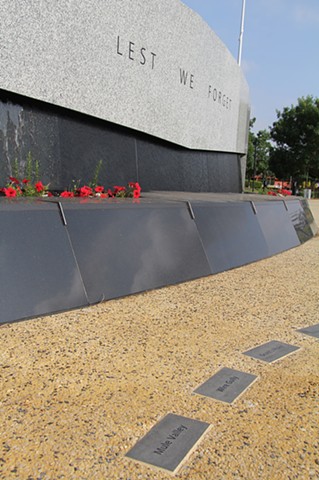 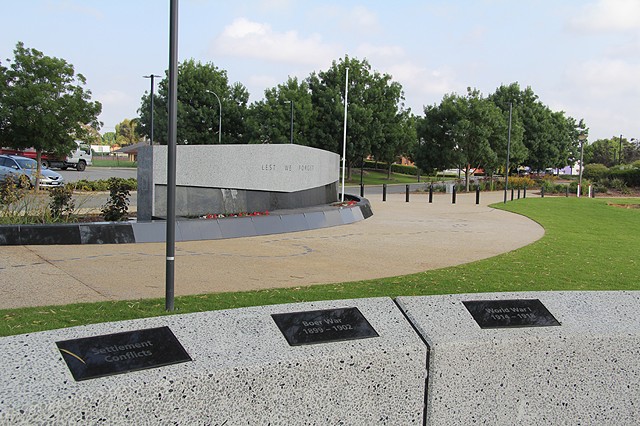