Intimate Distances is a project created 20,000km apart; a physical separation as far as our worldly limits allow. On a west facing beach in New Zealand and on an east facing beach in Spain two halves of a rock are temporarily separated by the largest distance possible. Six months earlier, on the first day of autumn in the Southern Hemisphere, the rock was found cracked in half on a beach at Cape Palliser and, using the tactile process of frottage, an impression was taken of the two halves, joined. The intimate gesture in some way attempted to reconcile the vast separation that was about to be metered on the two halves of the rock, as one half was packed, wrapped in the imprint of its remaining half, and sent the other side of the world; Santander Spain. One of the outcomes from this project was exhibited at the Palacete del Embarcadero in Santander as part of Impact 10. One half of the 16 panel frottage works (left) were made on the shoreline at Cape Palliser on 1st March 2018, and the antipodal counterpart (right) was made on the shoreline at Santander on 1st September 2018. The works are made using frottage, a process intrinsically related to touch, and are made on maps of the Western Australian coastline. Frottage records objects at 1:1 scale, mapping a small part of the sites that are separated by the greatest distance possible. This project has been supported by Curtin University and the Department of Local Government, Sport and Cultural Industries. 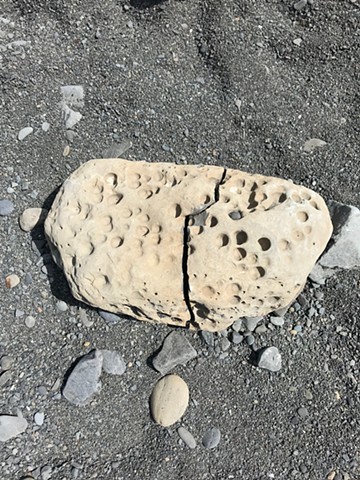 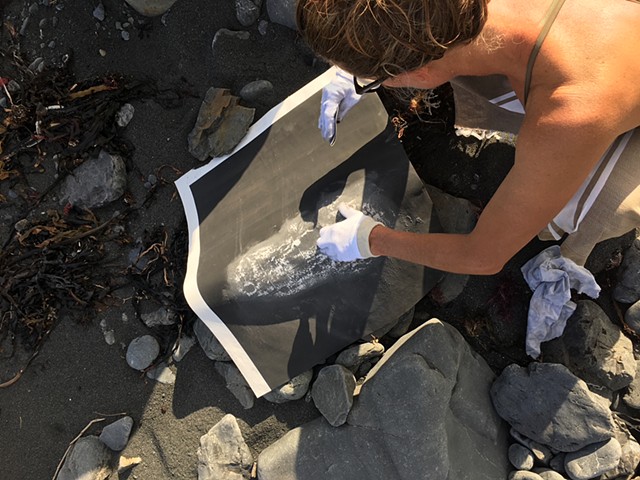 Making part of the artwork in Cape Palliser New Zealand 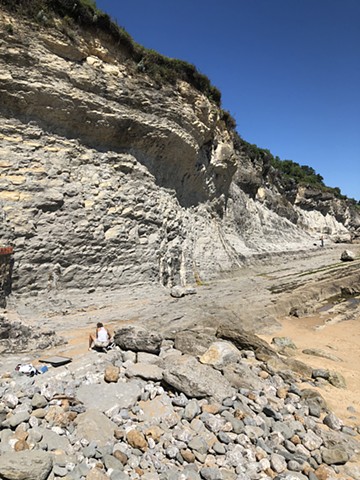 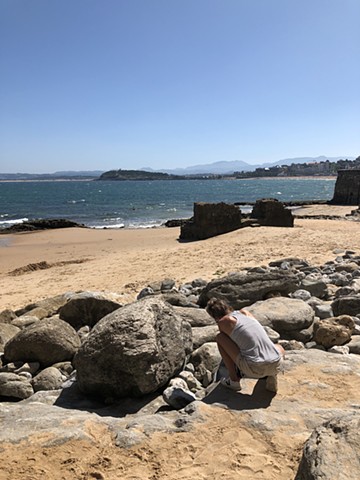 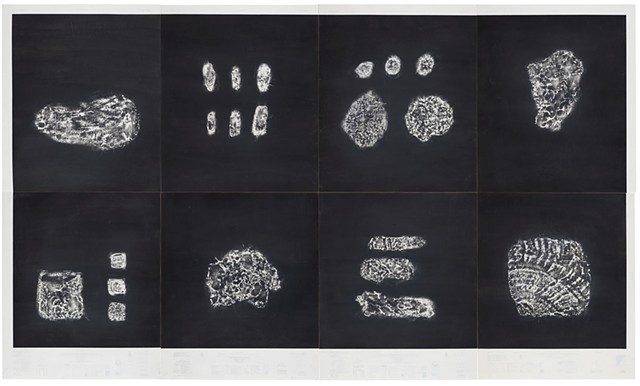 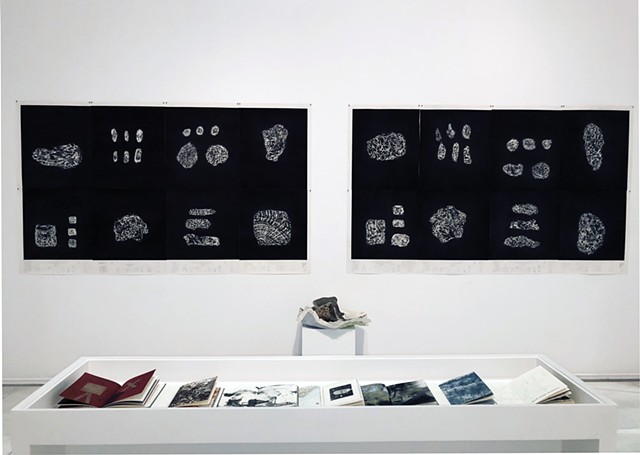 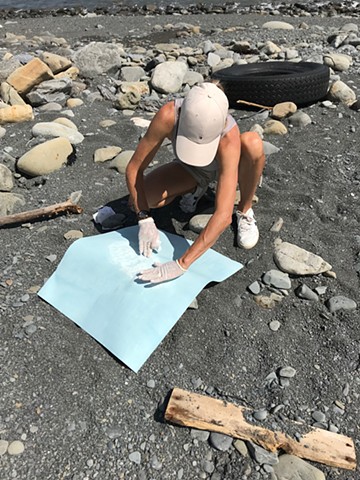 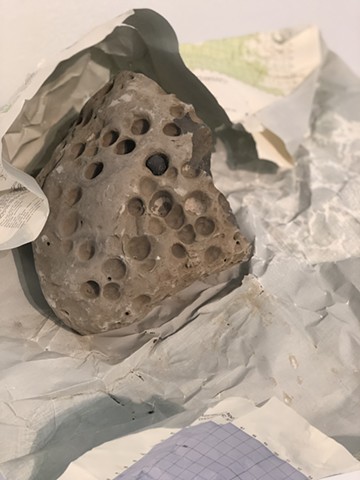